First, in 1919, Bentley Motors decided that aluminum was a good medium to build pistons out of. People were skeptical but, we went with it. Then, they decided 4 valves per cylinder might work. OK, we went with that. Just 2 years later they participated in their first Indy 500, and finished a respectable 13th place. In WWII when Bentley and Rolls-Royce decided building aeroplanes in a potato field was a good idea, they helped win a war. In 2018 however, Bentley has decided to do something decidedly stupid in America. And I couldn’t be more excited.

Over the years Bentley has become one of the top names in luxury motoring. Owned since 1998 by the Volkswagen Group, they have continued to make great vehicles. The Bentayga being my absolute favorite. Anyone who has driven it’s little brother in chassis, the Audi Q7, will tell you that the largest of the Audi SUVs is a smooth, luxurious, and a powerful ride. But that is only because they have never taken an extra $200,000, added to the plushness of this vehicle, and driven it across the continental divide in the Colorado Rockies. Ignorance is bliss.

My first experience with the Bentayga was in the summer of 2017. It was a scouting trip for a luxury life-style media trip. I was part of the support team tasked by Bentley with keeping the vehicles looking their best and supporting the photography team. The trip ended with a solo drive from Durango, Colorado back to Denver. I dropped my employer off at the Durango airport. While he flew, in an airplane, I drove the 350 miles back to Denver. He beat me. By ONE measly hour. He had the annoyance of dealing with an accident and big-city traffic and I had the excitement of following behind an out-of-jurisdiction county sheriff as my rabbit along the way (by the way, the Bentayga handles mountain passes, twists, and turns better than a 2016 Dodge Charger R/T, in case you were wondering). The carpet is worth more than my home, the stereo system worth more than my Chevy pick-up, and it has more technology than the equipment I worked with in the Air Force. All this and more made this 6-hour road trip one of the best solo drives of my adult life. The scenery had a bit to do with it too. 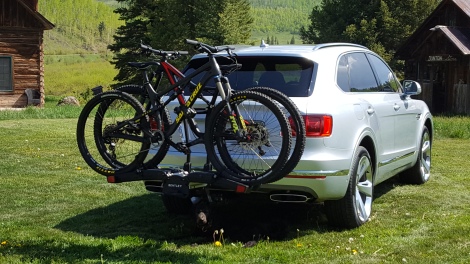 The adventure was repeated a few weeks later when we had a hanger full of Bentaygas and an old mining camp turned 5-star luxury hot spring resort as our office and play ground for a week. We cleaned each vehicle every night after the journalist took them off-roading at elevations over 10,000 feet in the snow. They performed admirably and proved to be just as capable as the support vehicle we brought to dig them out, which we never needed. The resort, Dunton Hot Springs, treated us better than the media it seemed. We ate just as well and our accommodations were on par with the VIPs. When you have crispy duck, beef wellington, and London broil for dinner each night you work just a bit harder to earn your dinner. At least that is how I grew up. The nights were quiet and filled with the sounds of the Rockies, including the deer and moose we woke to greet us each morning while drinking hot coffee by a mountain stream. The air crisp, clean, and clear made for relaxing work. And the sights, well we took our time to enjoy them. The cars would come later. This was the epidemy of Colorado living. 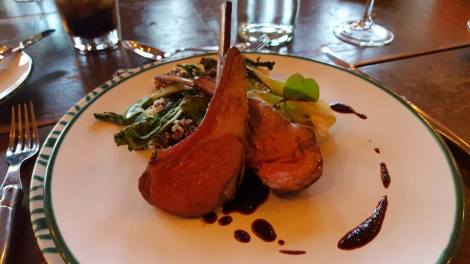 Next month Bentley will do something against their very being. Strip away all the luxury, all the technology, and everything that makes driving a luxury SUV a luxury SUV. Then put in a state of the art roll cage, add a 14,000-foot mountain, and put one Rhys Millen behind the wheel. Pike’s Peak is no joke. Many have failed to conquer this mountain. And many have died in the attempt. The altitude will mess with your body as much as with your engine. One wrong move sends you literally thousands of feet toward almost certain death. The time to beat will be 12 minutes 35 seconds. The driver to beat, the same one Bentley has chosen. As I write this Rhys Millan is practicing in a green monster of an SUV. All I have to do is clean a few Bentleys, drive some VIPs around, and enjoy one of my favorite mountains in one of my favorite cities.